Our first day was an at-sea day. I paid for the wi-fi to try to keep up with work. But it was weak and slow, so it was hard to do too much. We both quickly began to relax and let the rhythm of the ship on the ocean and the sound of the waves off our balcony slow down our tempo. In addition to a work-out in the gym, we laid on the sundeck soaking in a bit of warmth and sunshine, took a too-short line dancing class, walked the promenade deck for a few rounds, shopped in the onboard store, enjoyed tea time in the dining room in the afternoon and read or worked in the lounge chairs on our balcony. All of that followed by a formal, delicious dinner in the main dining room and a show in the theater, made for a great and much-needed day of rejuvenation.

Leaving the southern side of Japan, we made our way north along the coast to the small port city of Muroran. Some passengers took an excursion to Mt. Usu and Lake Toya, about an hour and a half away. We took the $10 coach Muroran provides specifically for guests arriving by cruise ship. It has numerous stops in town, allowing passengers to get off at any point. Buses were very regular, coming about every 5 minutes.

Muroran doesn’t have a lot to offer in the town itself. The climate is windy and was still pretty cold (high 40’s before wind chill) at the very end of April. It has a very industrial atmosphere, with some simple, but pleasant streets and some areas for shopping. Other areas were very poor. While we were visiting, everything was closed for a holiday and the coronation of a new emperor, though volunteers still worked along the coach tour stops to answer questions. Hannah and I walked to a beach and around local streets and got a feel for life in this area. We shopped in a local department store and found some inexpensive chopsticks in the household department. Our coach tour also took us up to Cape Chikyu observatory, which was very impressive. There’s a picturesque lighthouse and the views from high atop the hill are gorgeous. Although nothing was particularly spectacular within the town, it was a pleasant visit to a normal community which extended gracious hospitality to us. 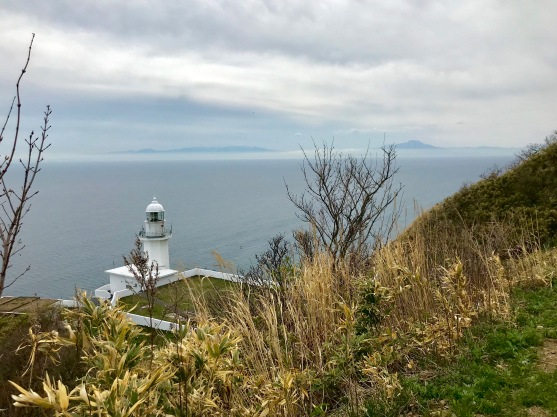 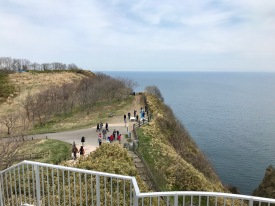 I awoke confused because we were still sailing at 7:00 am and we were supposed to be in port before that. Shortly thereafter, I heard the captain over the PA system explaining that winds were too high to navigate into port earlier, so we turned and sailed for a bit and were making a second attempt since winds had died down a bit. The second attempt was successful, and we pulled in to dock only a couple of hours late.

Kushiro lived up to its reputation as “the town of mist” as skies were gray and there was a light rain. We took a free shuttle bus from our port straight to Fisherman’s Wharf MOO and EGG, the tourist points in Kushiro. MOO stands for Marine-Our-Oasis and EGG stands for Ever-Green-Garden. The former has shops and restaurants on the first floor with some crafts people selling their creations or offering to dress you in a traditional kimono and take pictures for a fee on the second floor. The latter had students and other volunteers on hand to teach different skills such as: archery, origami, and cloth-wrapping items. They also had entertainment and some karaoke. This area was lots of fun because the volunteers were so sweet and gave us the opportunity to share friendship and cultural appreciation even on a superficial level. 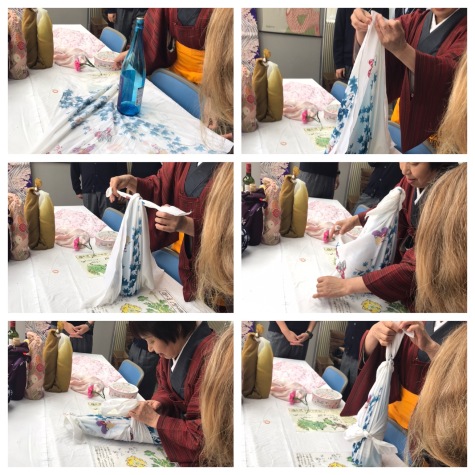 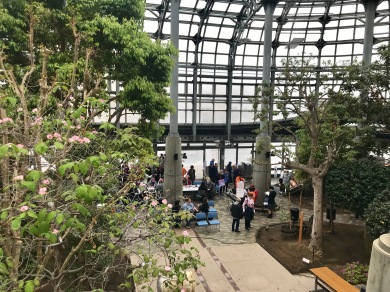 Kushiro is known for its seafood specialties (which we didn’t have the drive to try that day), its chocolate by Royce (which we absolutely did try and bring home), its crane reserve (with the first successful artificial breeding of the almost-extinct tancho cranes), marshlands, clear lakes and hot springs. It’s a really lovely port city with elegant lamps lining streets, the beautiful Nusamai Bridge spanning the Old Kushiro River, a river walk, several museums and the Washco (meaning “friendly business”) Market. Definitely worth a visit… 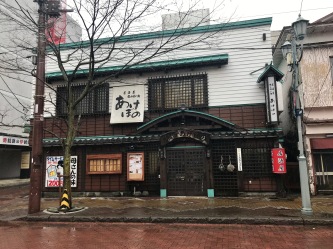