Don’t you love it when the hotel lobby coffee is actually good?  We grabbed a cup and headed out for our hotel shuttle to the subway.

Although we had reservations for the whale watch cruise, it was a good thing we arrived early.  If you want a seat (and you probably do because it’s a long, cold ride!), get there at least half an hour ahead of departure.  No one can guarantee whale sightings, but the Boston companies work together to track and spot the whales, so you’re pretty likely to see some.  We lucked out since the Humpback whales seemed to be in the mood to put on a show!  We laughed at some pectoral and tail slapping, ooohed and aaahed when they breached and learned patience after a fluke-up dive, which meant they were going to spend some time (usually only 8-10 minutes) underwater.

Back on land, we headed south along the waterfront to the Boston Tea Party ships and museum.  Although we didn’t tour the museum, it’s intriguing to see the ships, which are near-perfect replicas.  From there, we walked past the popular Boston Children’s museum to Flour, a very tasty artisanal bakery and cafe offering many healthy and allergy-free options at decent prices. It’s worth finding your way there!

Next we hopped on the hop-on, hop-off CityView Trolley that was included in our Go Boston Card.  We had an informative and fun guide, so we stayed onboard for the entire circuit to hear all his commentary.  We had hoped to make it to the U.S.S. Constitution this afternoon, but were too late.  Instead, we meandered through the streets and shops in the main tourist district while enjoying the live entertainment.

Ready for dinner, we dined outdoors at Anthem.  While the atmosphere was great, our food was only average.

Sunday arrived with rain and wind.  We had scheduled our indoor activities for Sunday because of this.  Adrianna cannot visit a city without seeing the zoo or aquarium, so we spent several hours in the New England Aquarium.  It ranked high in our opinion with some good educational “shows.”  After a quick take-away lunch in the Quincy Market, we boarded the CityView Trolley again as transportation to the U.S.S. Constitution, a.k.a. “Old Ironsides.”  While it’s in dry-dock, we have the opportunity to see the entire hull.  U.S. Navy crew members tell the story of the launch and explain various features, though only 2 decks were open for visitation.  The U.S.S. Constitution was commissioned in 1798, earned its nickname “Old Ironsides” during the War of 1812 and has never yet lost a battle. The gift shop at the museum (separately run and funded by contributions) had some unique souvenirs. 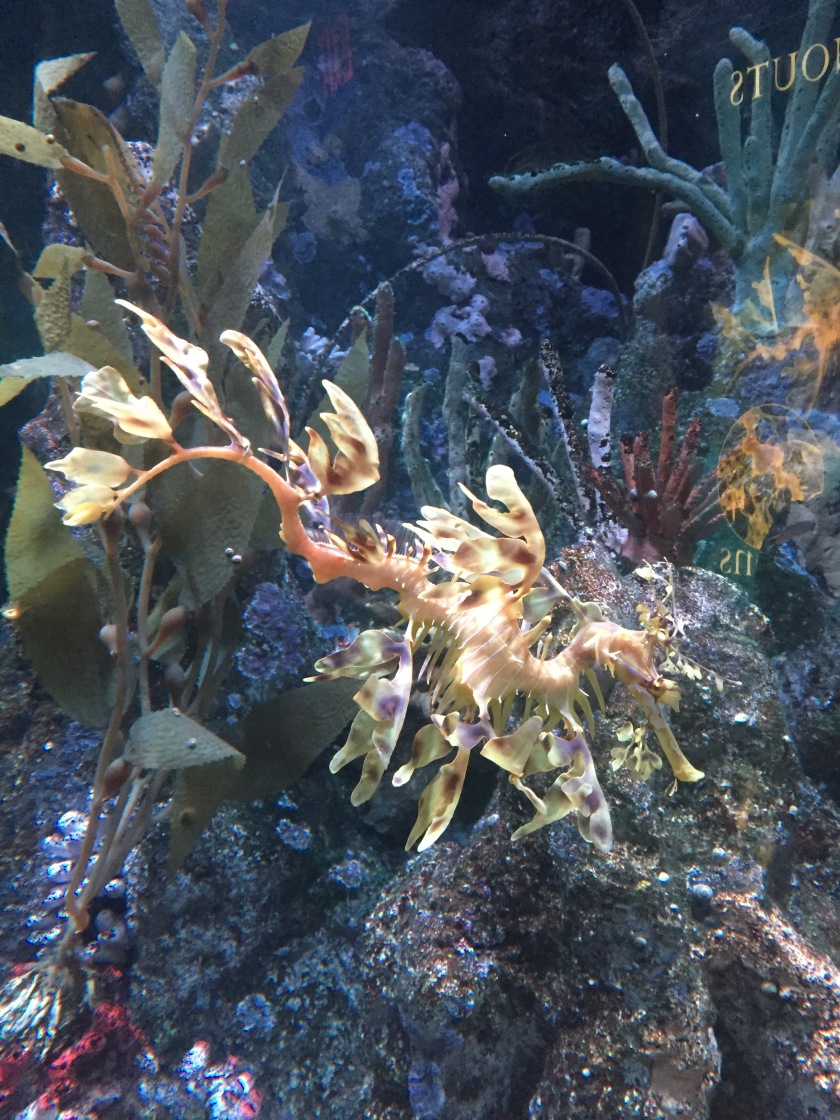 Braving the rain and wind, we headed back to the trolley.  It’s intriguing to hear the different driver guides elaborate with their own take on the core history and stories.  Some are definitely better than others, but each perspective adds its own flavor to the ride.  Time constraints caused us to scrap our plans for the Museum of Fine Arts.  Instead, we walked from the Boston Public Garden, along Boyleston Street to  Copley Place for some indoor shopping.

With a 6:00 am flight on our minds, we chose to dine at the hotel again while enjoying our last evening of views of Boston across the harbor.  Looking back over our 3-day visit, we agreed that Boston ranks high for variation of activities, ease of getting around and beauty.  Any future visits would definitely include the Museum of Fine Arts, visits to the islands and biking or walking more of the Rose Fitzgerald Kennedy Greenway.  But for this little get-away, we are returning home content and ready to jump into real life again (maybe…).

I’ve been booking a lot of Boston trips lately.  So when my youngest daughter, Adri, and I decided to run away somewhere during her fall break, Boston was top-of-mind.

Since we could only run away for a long weekend (3 nights) and had to find decently priced last-minute flights (that was hard!), we departed Greensboro, NC, at 5:50 am.  That meant leaving our Greensboro Airport hotel at 4:00 am.

But arriving before noon has its benefits!  I decided to stay near the airport since we have to fly again on Monday at 6:00 am.  I chose to splurge and stay in a room overlooking the harbor and the city.  We almost didn’t leave our room after an early check-in.  The views are just so mesmerizing (and we were operating on very little sleep!). 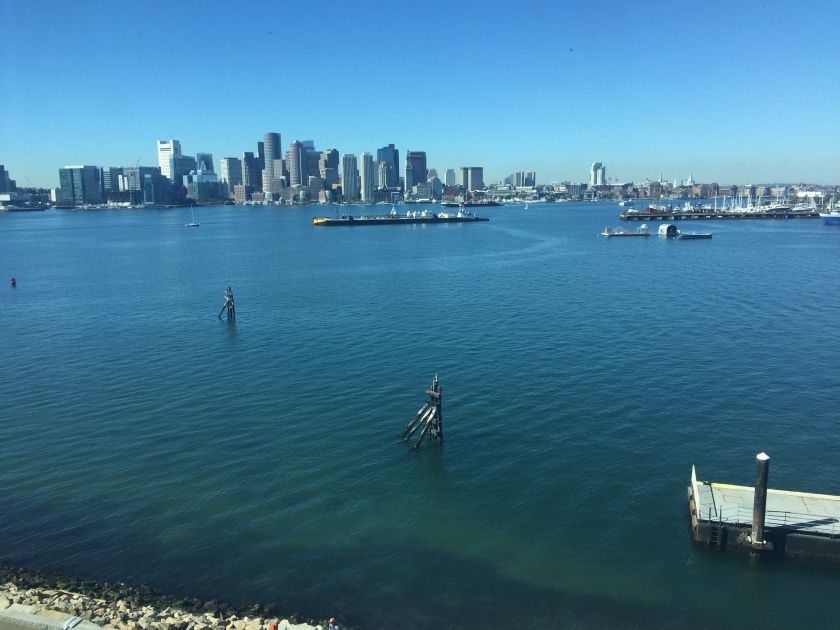 Although Hurricane Matthew was causing havoc along the southeastern coast, up north was sunny and gorgeous.  Adri and I attained our Charlie cards, loaded them with some money and headed out on the Blue Line subway.  We got off after only 2 stops and started the Freedom Trail walk.  Even though we could have done the guided trip for free with our Go Boston cards (and I normally prefer to hear the stories and information great guides provide), we were in the mood to meander on our own.  The trail is easy and fun to follow with its brick lines and we had to keep stopping just to admire the great architecture, much less read the historical markers. 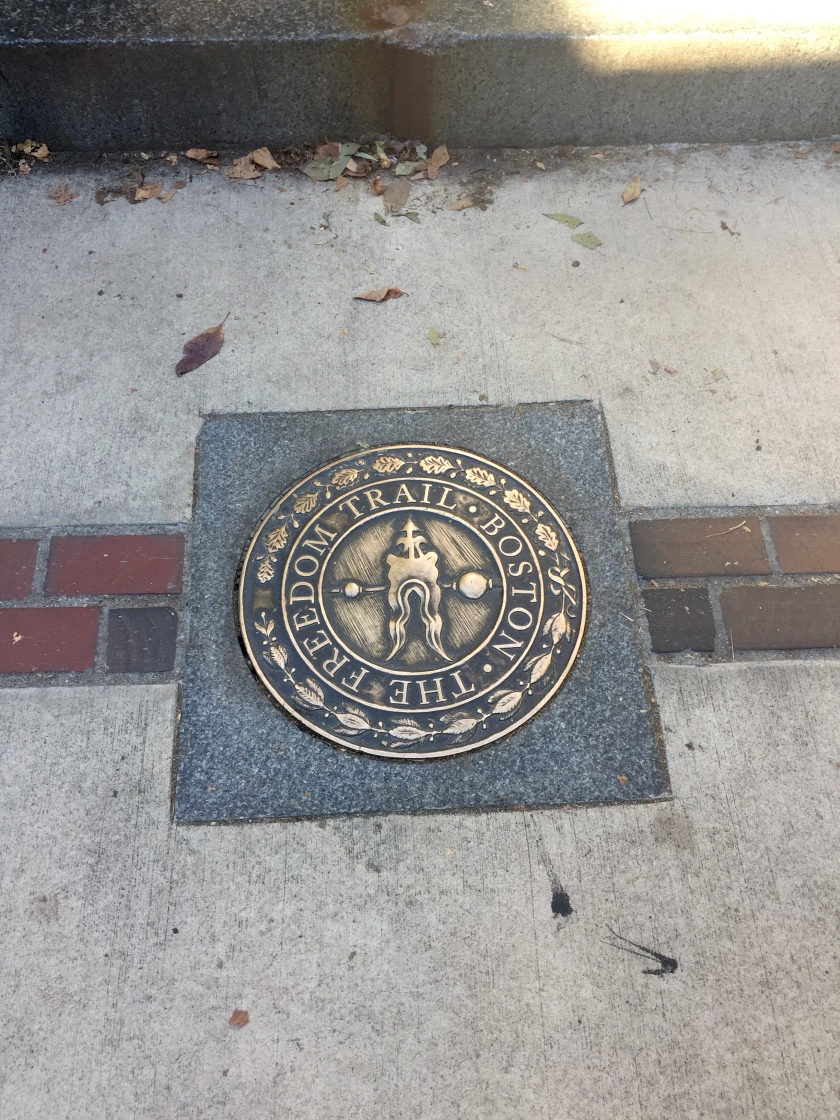 Open-air windows in restaurants, pubs and cafes, flowers in window boxes, a brilliant mix of historical and modern architectural beauty and the harbor make Boston such a great place to just “be.” 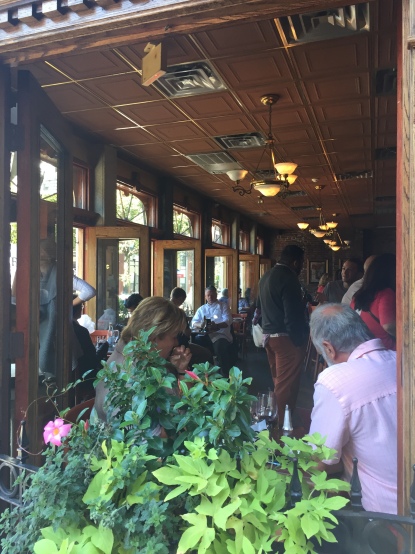 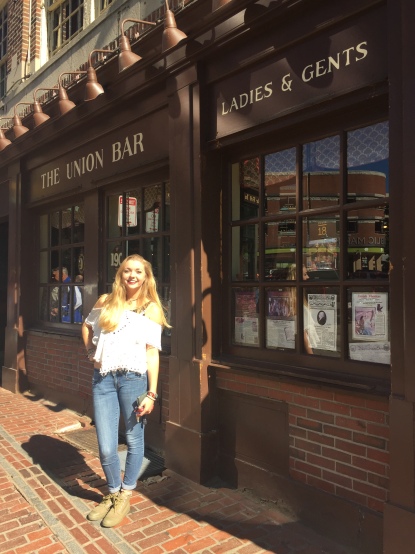 After walking the trail at our own pace, we stopped for a coffee on the waterfront.  Sitting on a park bench, admiring the harbor views in the sunshine with a saxophone melody in the background, we settled into admiring the scene while we people- (and dog-) watched. 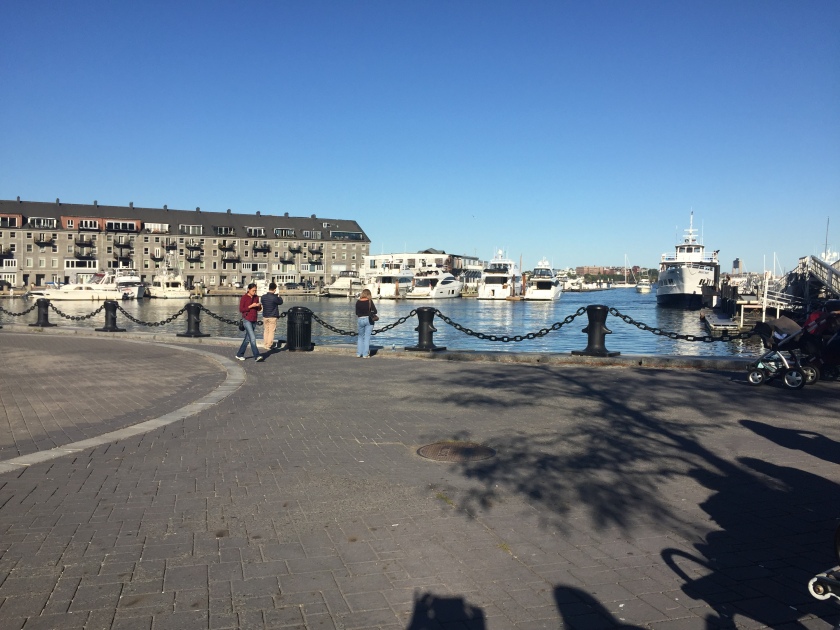 Lack of sleep was catching up, so we headed back to the hotel to freshen up and enjoy dinner overlooking the bay and the city as the sun set in the background.  Here I sit now with our curtains open wide so we can fall asleep with the water shimmering in the cast-off light of the city behind it.  Tomorrow… whale watching and…? 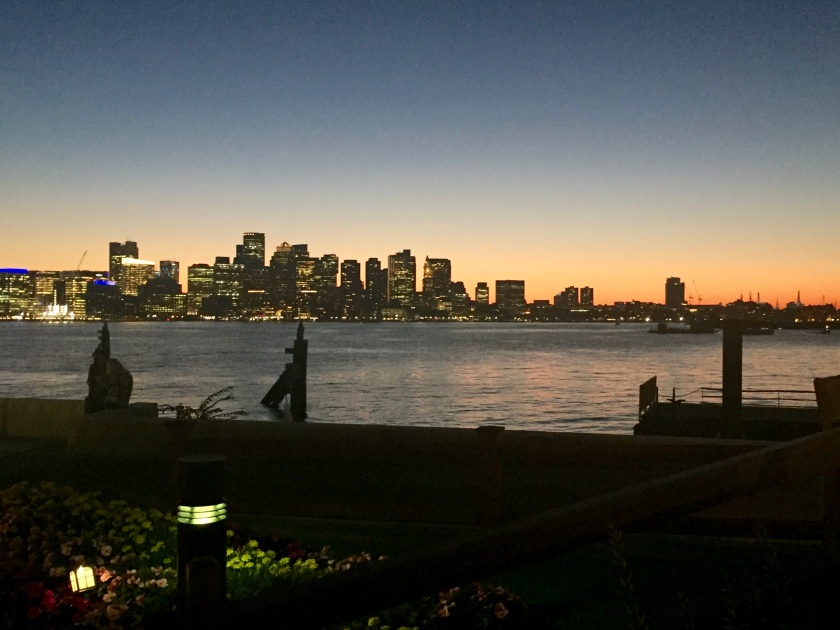 I'm always updating my travel knowledge so I can help you plan the best possible vacation. Contact me at noelle@insightsintravel.com for vacation planning and booking!
Follow Insights in Travel Blog on WordPress.com
Loading Comments...